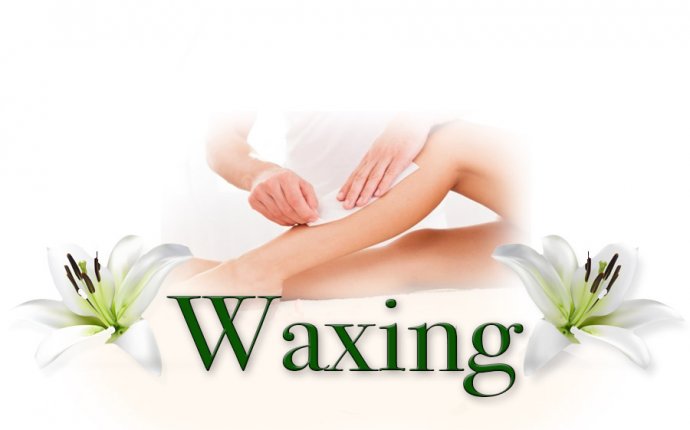 My interest in the male Brazilian wax began when my girlfriend’s Russian wax technician told her not to buy me boots for Christmas. “You buy a man boots, he will walk away from you, ” Irena said, while applying hot pine wax to Anna’s bikini line. This is apparently a well-known Russian proverb, and Russian women will not buy their men boots on its account. “But if you insist on buying him the boots, ” Irena continued, “ask him for some money in return, even one penny, so it is not a gift, but a trade.”

Anna takes Irena’s advice seriously. “She’s like my therapist, ” she says. My brother wound up buying me the boots.

Curious to meet Irena, I tagged along to Anna’s next wax appointment. Irena had once told Anna to break up with me if I didn’t propose to her “within two months, ” but she greeted me like an old friend, holding my hand and staring deep into my eyes. “You must come see me sometime, ” she said, meaning for a wax. I said it sounded pretty painful. “It’s not so bad, ” she said. “Here, I show you.” She whisked me into the treatment room and asked that I remove my pants. And like that, she waxed an iPod-sized patch of hair off my inner thigh while Anna looked on, wincing. The pain was sharp but tolerable. “Men come to me all the time, ” Irena said nonchalantly. “At first it was the gays, then the straights, for the chest and the back. But now, many straight men come to me for the full Brazilian.”

To discuss male Brazilian waxing today feels like a throwback to the luxurious pre-recession days, when Newsweek claimed to have pounced on the burgeoning trend (not long after, Rebecca Traister wrote a response piece for Salon). The following year — and one week after Steve Carell’s chest-waxing scene in “The 40-Year-Old Virgin” hit theaters — USA Today announced: “The male resistance to waxing is melting away.” Then, in the November 2007 issue of Vanity Fair, Christopher Hitchens offered the coup de grâce, a personal essay about receiving a Brazilian as part of a self-improvement series. It seemed to imply that the straight male version had officially gone mainstream, and that men had become subject to the same exacting beauty standards as women.

But recently, when I asked my male friends if they’d ever gotten a Brazilian, they were, in a word, appalled. They became almost angry at my suggestion that it had ever been a trend. Casual manscaping they understood, but why would any sane bro undergo a “Brozilian”?

I didn’t understand it either. So shortly after meeting Irena, I stopped by the J Sisters salon in midtown Manhattan. The J Sisters are famous for bringing the Brazilian — the removal of hair from the pubic and buttock regions, via the strip wax method — to the United States in 1992. They are also, allegedly, the first to give a Brazilian wax to a man. “One of my clients asked if I could wax her husband, ” Janea Padilha, 55, the inventor of the Brazilian and co-author of the recently released book “Brazilian Sexy: Secrets to Living a Gorgeous and Confident Life, ” recalled. The man had some kind of bacterial infection that needed to be addressed. “At the time we had an all-female clientele. But the guy had a lot of hair down there.” Janea leaned in confidentially. “So we sneaked him through the back.”

The man was cured. Word spread. Suddenly, Janea’s clients reported an interest on behalf of their husbands and boyfriends. In response, the sisters went co-ed. They trained two men — a cousin, Jonas Padilha, and a friend, both of them licensed aestheticians — to do male waxing. These men had never actually waxed other men, though. Let alone their genitals. So they recruited another cousin — John Padilha, a receptionist at J Sisters — to act as a test subject.