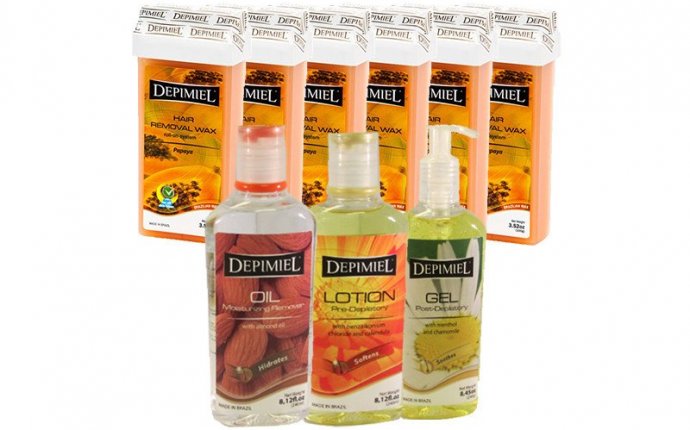 Photo
Kenny Milstead, an aesthetician at Bliss Spa in SoHo with a client, Ryan Pepper.
Credit
Danny Ghitis for The New York Times

YEARS after the word “metrosexual” entered the mainstream, there’s nothing eyebrow-raising about men getting a manicure or a facial. Lately though, guys’ grooming has gone one step further, deep into territory that was previously reserved solely for women: bikini waxing.

The below-the-belt treatment — which, just like the women’s version, removes either some or all pubic hair — is becoming increasingly popular, and not just among competitive swimmers or underwear models. “What we’re finding is, it’s everybody, ” said Mike Indursky, the president of the Bliss chain of spas, which offers a men’s Brazilian called the Ultimate He-Wax for $125. “It’s the gay community, it’s the straight community, it’s very conservative guys, it’s very liberal guys. All different age groups are coming in. It’s much, much bigger than we ever thought.”

Since Bliss introduced men’s waxing services in February 2011, Mr. Indursky added, their popularity is on track to double by the end of this year with Brazilians as the most frequently booked service.

Men’s bikini waxing accounts for around 70 percent of the weekly business at Face to Face, a discreet salon in the Flatiron district of Manhattan with a predominantly male clientele founded eight years ago by Enrique Ramirez. “When I started, I was like, ‘Nobody’s going to come in and get this done, ’ and it’s just kept growing and growing, ” Mr. Ramirez said. “In the past two years, it’s been crazy.”

The salon offers a full Brazilian called South of the Border for , along with partial treatments. Also on its menu is something called “pejazzling, ” in which crystals in patterns like stars and dolphins are affixed on newly defuzzed skin.

Photo
P.J. Pascual, during a Boyzilian at Strip: Ministry of Waxing.
Credit
Danny Ghitis for The New York Times

Evan Scott, 32, a music producer who lives in Murray Hill, has been getting a more-basic bikini wax for about two years. “I like to represent myself in a certain way, from no clothes to fully buttoned up, and I think that this is an extension of my overall presentation, ” he said. Noting the prevalence of bikini waxes among women, Mr. Scott also suggested that what’s good for the goose is good for the gander. “If I have that expectation of someone else, I probably would want to return the favor, ” he said.

His comfort might also be explained by the number of visibly depilated men, like David Beckham and the Situation, increasingly evident in mass media. “It’s not emulating something you’ve seen in some X-rated film, ” said Jason Chen, an associate style editor at Details. “It’s about maintaining yourself and keeping things clean.”

Some men think there’s an added perk of getting a Brazilian: an enlarging effect for the main attraction. “It accentuates it, because there’s nothing to obscure the, you know, implement down there, ” said Ramon Padilla, the director of Strip: Ministry of Waxing, a salon in SoHo, which charges $85 for a so-called Boyzilian.