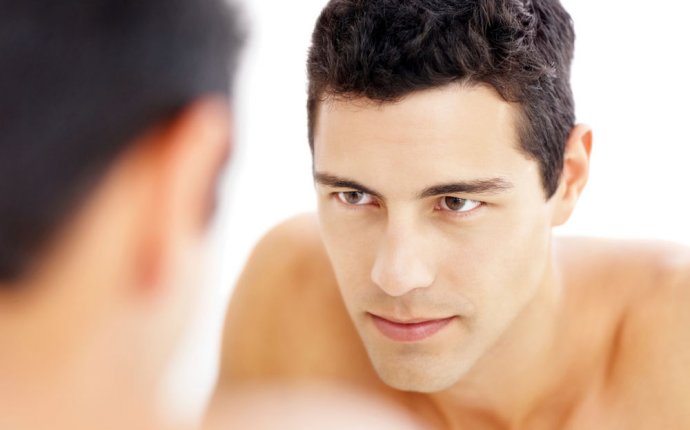 There are plenty of gray-haired heroes out there—George Clooney, Anderson Cooper, John Slattery—but not every guy has to love and embrace those ‘sophisticated’ white strands. Especially if they show up in his 20’s. (The, ahem, silver lining: it’s still better than going bald.) We tapped Carlina Ortega, a colorist at Rita Hazan Salon in New York City, for tips on camouflaging aging hair without committing to a full on foil dye job. (Because no guy wants to know his stylist as well as his girlfriend does.)

Good news: that myth about plucking a gray hair and growing two in its place is totally false. If you’ve got a just a few pesky grays that you can’t stand looking at in the mirror, no harm done if you want to yank them out. (Cap this at around ten, though, because we don’t want you taking out chunks of hair.)

Do a Touch Up

If you’ve got small patches of silver just starting to sprout (say, at your temples) a touch-up pen can apply temporary color to hair that rinses out when you shampoo. Try Rita Hazan’s aerosol root concealer, or the TouchBack Marker, both of which dry in under a minute and won’t rub off on your shirt.

Using a permanent dye all over to cover gray is a no-go for guys—we simply can’t get away with grown out roots that come with it, says Ortega. But a semi-permanent rinse will cover grays, takes 15 minutes tops to apply, and fades gradually over the next 3-4 weeks so you’re not left with any harsh dye lines. Once you’re ready to commit to gray, you can just let the dye wash out for good.

Stylists can paint more “pepper” back into your hair by applying darker semi-permanent dye onto small sections, or liven up the “salt” by bleaching pieces so the gray color isn’t so one dimensional and ruddy looking.

Gray hair usually has a more wiry and coarse texture than pigmented strands, so it can look a little unruly grown out long. Stick with a short, polished cut (think: Clooney) that accentuates the varying shades of salt and pepper.