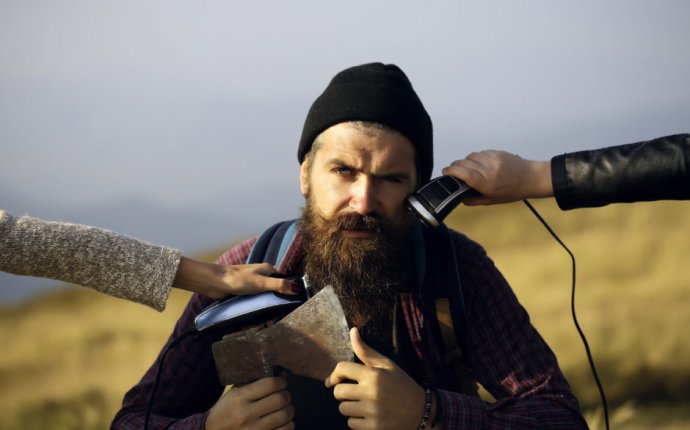 One of the things that annoys any phase of transwoman to no end, be she pre, post or non op is plucking stray facial hairs or picking up a razor to closely shave her face.

You not only have to do it so that you leave no traces of hair stubble on your face, you have to use extreme caution in doing so to avoid nicking and cutting yourself in the process.

It's a cruel irony of male to female transition and taking estrogen that while body hair growth slows to a crawl, if you've started male pattern balding, your hair in the area that's shedding hair won't regenerate. The other cruel irony is that facial hair is a more stubborn beast impervious to anything but its permanent removal, and nothing gets you read faster than five o'clock beard shadow.

Depilatory creams and waxing help, but they are only temporary solutions. To permanently remove it, you have two choices, either electrolysis or laser.

I was fortunate because I had a lower than normal testosterone count so my facial hair growth was relatively light. Even so, I was tired of shaving what hair I did get and starting in 1997 I spent three years back home undergoing electrolysis with my electrologist Marie Asmar.

It is a meticulous, time consuming process and as I mentioned earlier, facial hair is a stubborn beast. It will sometimes take multiple applications to kill that follicle for good with varying levels of pain as you undergo it while the cash meter is running as you do so.

As I sat in Marie's office, as she worked on my face I'd listen to her tell fascinating stories about the Houston Arab community and her girlhood in Lebanon. In the meantime the buzz in the local and national transgender community was all about Dallas' Electrology 2000.

Electrology 2000 was founded in 1986 by Ruthann and Bren Piranio. At the time I transitioned in 1994 they'd been in business for almost a decade and had some loyal customers in my TATS group who positively raved about it.

E2000 was doing a booming business with the transgender community inside and outside Texas because it was reputed to be relatively pain free. E2000 and its adherents claimed that it took less time to clear your face over traditional electrolysis techniques, which could only clear small sections of your face in one sitting.

Even though I was a one hour plane ride from Dallas due to my then airline job, as I investigated it, the drawback was its cost. It required large cash outlays up front while you pay many electrologists an hourly rate or can negotiate for blocks of time at a flexible rate.

E2000's large cash upfront business model unfortunately locks out most transpeeps of color. It's ironic because the E2000 technique was purported to be effective at clearing African-American facial hair and stopping pseudofolliculitis barbae, aka razor bumps.

Just like the hairs on African-American heads, the natural curl in it means that when you cut it with the razor, it grows back in a curled pattern. The now sharpened end of recently cut hair penetrates the skin, which interprets it as a foreign body attacking it and causes an inflamed skin bump.

So as usual, most of the folks taking advantage of it had money and jobs that allowed them to take time off from work to fly to the Dallas metro area to do so.

E2000's sensitivity to the transgender community not only contributed to its success, but also meant long waiting times jockeying with transpeeps all over the country just to get an appointment. If you didn't have relatives in Dallas like I did (and at the time they weren't aware of my transition) then you have to add the additional expense of hotel rooms and auto to get around since it's in the 'burbs in Carrollton.

It's been around for 22 years and is now under new management as Electrology 3000. So even though my then airline job paid me well enough to afford it, I said thanks but no thanks to E2000. Marie was also treating other transgender clients at the time and I liked her, the fact she was up the street from my apartment, I was happy with her work and her rate was reasonable.

Laser has the advantage of being faster time wise, less painful than traditional electrolysis and being able to treat larger expanses of skin in one treatment, but shares the same problem of repeated applications until the hair follicle ceases production. It's also more resistant to certain colors of hair such as gray, red or blonde.

But for those of us who wish to look our gender best, in order to permanently get rid of our facial hair, laser and electrolysis are options that we have to consider and decide whether to factor it into or out of our transition budgets.