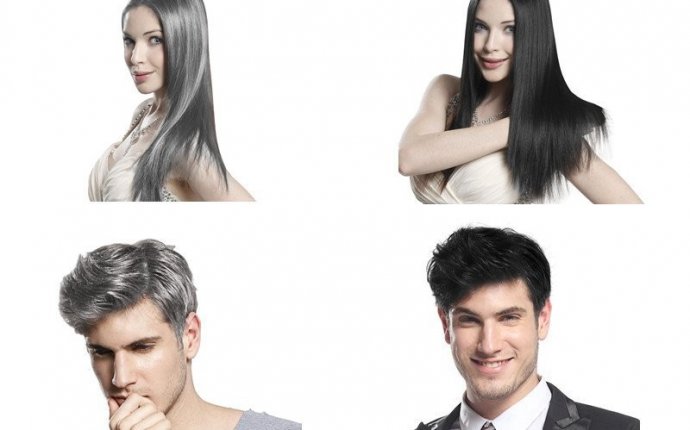 By Frederick Lowe
Gregory Cooper, a slender 26 year old, sometimes wears a scraggly beard that detracts from his good looks because he can’t shave every day.

When he does shave with a blade, his face becomes inflamed with razor bumps caused by his naturally curly hair becoming imbedded in his face.

“Eight hours after shaving with a razor blade, my face breaks out in whiteheads, ” he says.

Whiteheads are a form of acne filled with sebum and discarded skin cells that are capped and white in appearance.

Twice, his razor bumps became so severe he was taken to a hospital emergency room because his lips had become infected and swollen.

“I let my beard grow out rather than messing up my face, ” Cooper explains. Instead of shaving himself, he lets his barber do the job with hair clippers, not with a blade or razor.

His barber trims his Mohawk-style haircut with clippers and uses the same instrument to trim Cooper’s beard every two weeks.

Cooper’s dislike of shaving is common among black men who dread razor bumps.

“I never let a razor touch my face, ” said Kelvin Johnson, who is 24 and grows a beard until he visits a barber who shaves his beard with hair clippers. “Clippers don’t break me out.”

“I started shaving when I was 16, and razor bumps broke out on my neck, ” he said, raising his chin so they could be seen.

Not everyone relies on barbers and their clippers. Richard Lewis, a 49 year-old Chicago hairstylist, said clippers don’t provide a tight enough shave.

“It’s not baby smooth, ” said Lewis, who wears a short, neat beard but uses a blade and sometimes a straight razor to shave after making elaborate preparations to ready his beard for shaving. Lewis points out that black men must shave following their hair’s growth pattern.

Shaving in Black and White
Television commercials portray the manly art of shaving as a refreshing and simple morning exercise that dispatches hair stubble with a few strokes of a razor before the man splashes on Aqua Velva after shave. The man’s wife then draws the palm of her hand across his smooth face, exclaiming over its softness. But for most black men this never happens.

Razor Bumps
Razor or blade shaving works for white men and other men who have straight hair. But for black men with curly hair, shaving with a razor or a blade is an ordeal that can lead to the face being disfigured by razor bumps and skin discoloration, both of which can affect black men’s appearance, self-image and self-esteem.

Razor bumps are more common and more severe among African-American men, reported the journal article, which was written by Major Alvin M. Alexander, M.D., chief of Dermatology Service at the U.S. Army Medical Center in Okinawa, Japan, and Walter I. Delph, M.D., a physician at Montefiore Hospital in New York City.

Dr. Crutchfield said he sees patients on a regular basis with razor bumps.

“Their skin is irritated, painful, inflamed and discolored, ” he explains. “All of these things together can cause frustration and lower self-esteem.”

Johnson, who lives in Evanston, Ill., adds that many black men are so self-conscious about their razor bumps they don’t apply for jobs because they are concerned about how they will be perceived.

Categories of Razor Bumps
In its study, The Journal of the National Medical Association graded the seriousness of pseudofolliculitis barbae on a four-point scale for the Army, Navy, Air Force and the Marines.

A Grade 0 showed no evidence of razor bumps.

Grade I is designated when ingrown hairs and less than 20 percent papules or solid elevation of the skin are in evidence in a two-millimeter area, which is equivalent to a small dot on a penny. In these cases, the physicians recommended a treatment of vitamin-A acid, which is used to treat acne, and topical steroids, which are used to treat rashes.

Grade II is diagnosed when ingrown hairs and 20 percent or more papules cover an area of two-millimeters or greater diameter on facial skin.The authors recommended that individuals with this condition stop shaving and use vitamin A-acid and topical steroids.

Grade III is characterized by multiple pustules and this is considered a severe condition. The person should stop shaving.

Grade IV is also considered a severe condition, and men are encouraged to stop shaving and use topical or systemic antibiotics. In addition, the physicians recommended opening and draining the razor bumps.

The National Medical Association published its study 39 years ago and some of the recommended treatments may no longer be accepted.

Urging black men who suffer from razor bumps to stop shaving, however, remains an effective way of combating razor bumps.

“I see patients on a regular basis with razor bumps. Some professions request that I write a letter so police officers, firefighters and military personnel can grow a beard to avoid razor bumps, ” Dr. Crutchfield says.

In 2004, the U.S. Naval Academy in Annapolis, Md., recognized that razor bumps were a major problem among its black-male midshipmen. The academy instituted a policy of permitting the midshipmen to stop shaving for specific period of time of not more than 30 days. After a month, they were required to see a dermatologist. The Naval Academy, however, requires midshipmen to keep their beards and moustaches clean and neatly trimmed.

What If You Don’t Want A Beard?
But what if a black man doesn’t want a beard or doesn’t think he looks good wearing a beard?

There are products like Magic Shave, a depilatory or razorless shaving hair removal cream for black men that prevents razor bumps. Magic Shave is made by Soft Sheen-Carson Inc., a Chicago-based company.

Hair can be removed permanently through electrolysis, which can be expensive. In addition, laser hair removal is available, but individuals should use one that is attuned to brown skin, warns Dr. Crutchfield.

“The real key to eliminating razor bumps is getting rid of the hair. Once the hair is gone, there will be no more razor bumps, ” he says.

Electric Shavers for Black Men
Other methods that either eliminate or reduce razor bumps are Flathead electric shaver, designed specifically for black men.

Wahl Clipper Corp., which is based in Sterling, Ill., makes the “Bump-Free Shaver, ” a corded or cordless shaver for black men. It was recently named one of best electric razors for black men.

Wahl claims its patented Dynaflex Cutting System gives bump-free shaves for the head, face and neck. Wahl began targeting African-American men with a shaver for their specific needs in 1989, according to the company’s biography.

Hair on Testicular for Mens

How to remove Body Hair Mens?