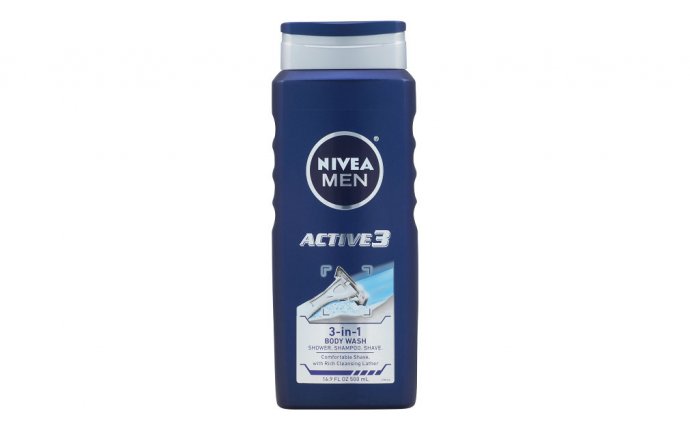 Tips on Shaving for a Triathlon: For the Men!
A list of tips and techniques on shaving for your next triathlon - for the men!

Hazen Kent - Tri-Newbies Online
After writing the somewhat lighthearted article “ The Real Reason’s Tri Guys Shave” I have received continuous mail on some of the specifics that were not included in the original article. Some of these include the use of clippers, waxing, the use of foam hair removers, and the physical effects of such methods.

So let’s not waste any time and get right to it!

The following will include some tips and techniques on shaving for your next triathlon...ummm...for the men!

The First Time You Shave…

For a male who has never shaved his legs, arms and/or chest, the act of shaving, at least initially may not seem like a daunting task…that is until the process is actually undertaken. And it really can be tedious and messy. However, if you follow a few simple steps, the process can be rather easy.

I am going to assume that the reader is a male who has never shaved. Ladies, I am not being chauvinistic here, it’s just most of you have been keeping your legs silky smooth for many, many years. And Guys, in keeping with this ritual, the reason ladies seem to complete this task in a matter of a few minutes a couple times per week while showering or bathing, is because…

For guys who want to maintain shaved legs for year-around training purposes (especially cyclists training in the south where year-round outdoor training is a reality) than the process of shaving can be as easy as it appears to our female partners. (But I have a feeling, as easy as I make it sound, even the ladies get tired of shaving due to time constraints.)

So once again, I will assume that you are a guy and have never shaved and you have a fairly thick mat of hair on your legs, arms and chest.

You must determine if there really is a need to shave.

The sport of Triathlon is an event made up of three separate sports: swimming, cycling and running. And of these, only two warrant the shaving of body hair: swimming and cycling.

Swimmers have been shaving body hair for many, many years. And do so once or twice a year in preparation for a major swimming event. The benefits are two-fold…physical and psychological: physically, shaving or removing body hair enhances ones speed in the water by reducing the resistance or drag existing hair may cause. Psychologically, shaving gives the swimmer a slippery feeling in the water.

Cyclists are also known for having shaved legs. And of all the reasons I have heard why cyclists shave their legs, the one that makes the most sense to me is for medicinal/healing purposes. There is no dirty or oily hair to get into road rash abrasions…should your body ever come into contact with the asphalt. And if you are putting a lot of mileage on your bike, the chances of falling are increased. And I am not talking about being hit by a car. You can fall from loose gravel on the road, potholes, not getting your feet out of the pedals fast enough, and even hitting the cyclist’s wheel in front of you while in a pace line.

And if you decide to stick with the sport of triathlon, you will certainly be putting plenty of miles on your bike, so in the warmer months, I suggest you keep your legs shaved. And if you shave them once or twice a week, you will find that this ritual really doesn’t take that long. Cyclists typically shave the exposed part of the leg basically from the knees down. For triathletes who race in a Tri Brief, many will keep their legs shaved up to the swim suit line mainly for aesthetic reasons.

Now, some of you may not want to keep your legs shaved until race time…and that is fine also. If you do go this route, you will need to plan ahead especially if you wait until the night before a race. It will probably take an hour or two to complete the process.

First of all, I suggest you purchase some clippers. There are generally two types on the market. Standard clippers for cutting hair and smaller ones for “sideburns and mustaches.”

The larger clippers have a wider cutting surface and will take off more hair per pass, but can be bulky when trying to clip in tight areas…behind the knees and around the ankles.

The smaller clippers with a narrower cutting surface will not take that much longer and will allow you to get those hard to reach areas.

So, spread out a big towel and a chair, park yourself in front of your favorite Ironman tape, and start...